If you have not been able to find the parish records you need in any other place, you may need to do some old-fashioned searching. Fortunately, that is easier than it used to be with the GENUKI website. The name comes from ‘Genealogy of the UK and Ireland.’

Start off at the GENUKI main page. It displays a map of the British Isles divided into 6 jurisdictions. Click on the country you need.

On the new page, click on the county you need records for. The counties are shown on a map with the historical county boundaries. You should be able to find the county by the 3-digit Chapman code, even if you do not know anything about British geography. The codes for the county names used since 1974 are not used on the GENUKI site. Also, the code for London (LDN) is for the City of London, not for a wider area.

The new page shows the position of the county within the country, with various

categories on the left and right sides of the screen. On the left-hand side, select Church Records. This takes you to the section with information on parish records. In the case of Gloucestershire, for example, it includes information on non-conformist churches, Quaker records, and so forth, as well as links to other sites that may hold parish register copies, such as the Society of Genealogists.

And I cannot finish this post without mentioning the Federation of Family History Societies. Their site is well worth a look, as is their

Once you have the basic information in hand, you can contact the local record office in advance of your visit to check that records will be available when you visit, or have somebody else visit on your behalf.

Here is how you can access parish records in FamilySearch. It’s not the same as using the other websites, but not totally dissimilar, either. You do not need to be logged in to

search (only to view the records) but since membership is free, why not start off by signing in? Not a member? Click “Create your free account” on the landing page.

What is really exciting about using FamilySearch (FS) to look at records online is that FS is the biggest genealogical organization in the world. It has far more records than any of the commercial companies. Starting about 60 years ago, they started collecting images by photographing records (only black and white, unfortunately) and making them available on microfilm through Family History Centers worldwide. Not all organizations gave permission, of course, so there is no blanket coverage, but you may also find records not available at the commercial companies.

Although still currently available in Salt Lake City, the decision has been taken to withdraw the microfilm option. Instead, FamilySearch is in the process of turning those images into digital format and making them available online. So, eventually, all the records held by FS for the United Kingdom will be available to view. Unfortunately, they are not all indexed so you may need to do some old-fashioned searching once you get to the record set.

Here’s what you need to do:

Many parish records are available online, and the best places to look for them are Ancestry, Find My Past, and My Heritage. There’s FamilySearch as well, but I will cover that in the next post. Just bear in mind that there is no simple way to work out where the records you are looking for are kept. They may not even be online at all, so you may need to use several different techniques to find them. And yes, I know these websites I mentioned require a subscription, but you can search the catalog without a membership, and the search results will help you decide whether a subscription to that site would be useful for you.

Ancestry. For my personal research, Ancestry has been a boon. That’s because the counties I search the most have records on Ancestry, including Gloucestershire, Oxfordshire, and Somerset. If you already have a subscription you can skip the first step.

Find My Past. The process here is very similar, but the search option is right on the front page of the site.

My Heritage. This website has a lot of data, one way or another. But it’s focus is not on the United Kingdom. As such it is more limited, but if it has what you need it is just as important as the others. Here is the process:

Today, I will attempt to give a synopsis of why parish records may have been lost, and also where you may be able to locate those that have survived. For some details, I am indebted to the book Tracing Your Georgian  Ancestors 1714-1837 by John Wintrip. I did say I would explain where you might find the parish records, but I feel it is important for me to explain more about the records first.

With a few exceptions, mostly in urban areas like London, separate baptism, marriage 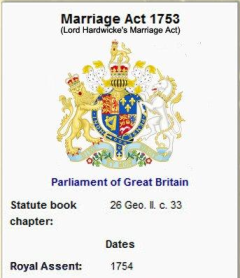 and burial registers were not kept.  That is, until 1754, when Hardwicke’s Marriage Act required separate marriage registers to be kept. Most parishes listed the various events separately,  meaning that all the baptisms on a page were in the same place. But if you are unlucky, you will find baptisms, marriages and burials all interspersed on the same page.

Because only minimal information was included, people sometimes had difficulty proving their identity or relationship to another person. 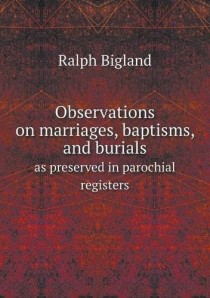 An example would be  trying to establish a right to inherit land or property through a will or intestacy. Perhaps in part prompted by this, Ralph Bigland wrote a book in which he made recommendations for more genealogical information to be included in parish registers. No rules were changed at that time, but in quite a few parishes, the entries in the registers did start to include more information. Some bishops even recommended that course of action. Even so, this improvement was spotty, to say the least, and it would not be until 1813, just 24 years before civil registration began, that rules were introduced requiring this.

have required genealogical information for all baptisms, marriages and burials. Much to his disappointment, the rules were considerably watered down during the Bill’s passage through Parliament. It is ironic, therefore, that the Act is commonly called Rose’s Act. Even so, from 1813, parishes were required to keep separate registers for baptisms, marriages and burials, and to enter the information in printed forms in a bound volume to be kept in an iron parish chest. Many parishes, though, continued to use the old wooden chests.

By no means all parish records are available. Reasons include simple neglect by those having care of the records, destruction of the churches, especially during air raids in the second world war, fire, and flood. Records may also be missing between 1783 and 1794 because of a stamp duty imposed on every baptism, marriage, and burial entry in the register.

And next time I will talk about how to access the records. 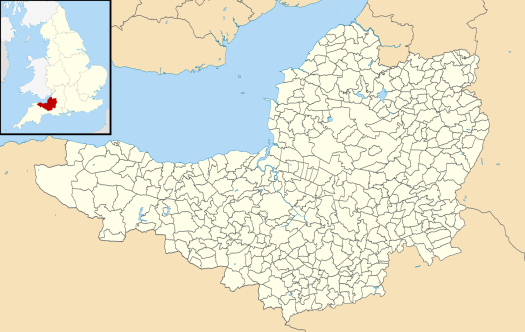 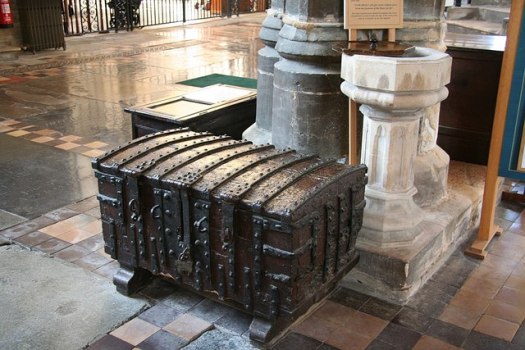